Great built-in Windows command line tool to use if you want to purge backup files older than… say one week.

Batch file I create to to delete .bak (backup files) older than one week:

From here, I set up Windows ‘Scheduled Tasks’ to run this batch file every night. Works great! 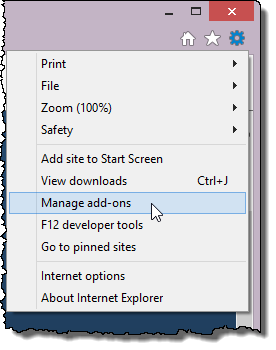 WARNING: YOU WILL LOSE ALL YOUR PERSONAL SETTINGSTo perform a hard-reset on an Apple iPhone, switch the mute button on and off twice, then press the main button and the reset button simultaneously and hold them down for six seconds.

Profile Storage Space
You have exceeded your profile storage space. Before you can log off, you need to move some items from your profile to network or local storage

This was on a computer that is not attached to a domain,  with no quotas enabled by the administrator.

It seems that the Malware infection implemented a local security policy on the PC restricting the users profile storage space.  Manually deleting unneeded files from My Documents to reduce the size of the profile had no affect.

Luckily I came across this registry modification that removed the quota and corrected the problem.

Take this code and paste it into notepad. Save the file as quotarem.reg (make sure to save as type All Files to avoid the .TXT extension) and then double click on it to merge the changes into your Windows registry.

The issue:
Unable to open a file directly on the desktop or in explorer using double-click or right-click->Open.

A client of mine recently had 2 CDRom drives that weren’t showing in My Computer. In the device manager, they showed up with exclamation points. Double-clicking them told me that the driver was installed properly but:

“Windows cannot start this hardware device because its configuration information (in the registry) is incomplete or damaged. (Code 19)”

After some research, the solution I found was to remove the LowFilter and UpperFilter entries from this registry area:

Now start one of the office apps – it should ask you to re-enter the key, then activate normally.

http://technet2.microsoft.com/windowsserver/en/library/8fa42e83-ec08-4a9b-9057-8909f7ed433e1033.mspx?mfr=true
This command-line tool displays the DHCP servers active on the subnet. If it detects any unauthorized DHCP servers, it beeps and sends out alert messages. It also displays packets that it detects from DHCP servers; you can specify whether to display packets from all DHCP servers or only those from unauthorized servers.

You can also use this tool to determine which DHCP servers are available to a DHCP client and to detect unauthorized DHCP servers on a subnet.

Here is the DHCPLOC syntax:

ValidDHCPServerList specifies the IP addresses of any number of authorized DHCP servers. The tool does not send alerts when it detects packets from the servers in this list; however, it displays those packets unless you use the /p parameter.

Alternativily the utilty is available in the Support Tools directory on the Windows Server CD.